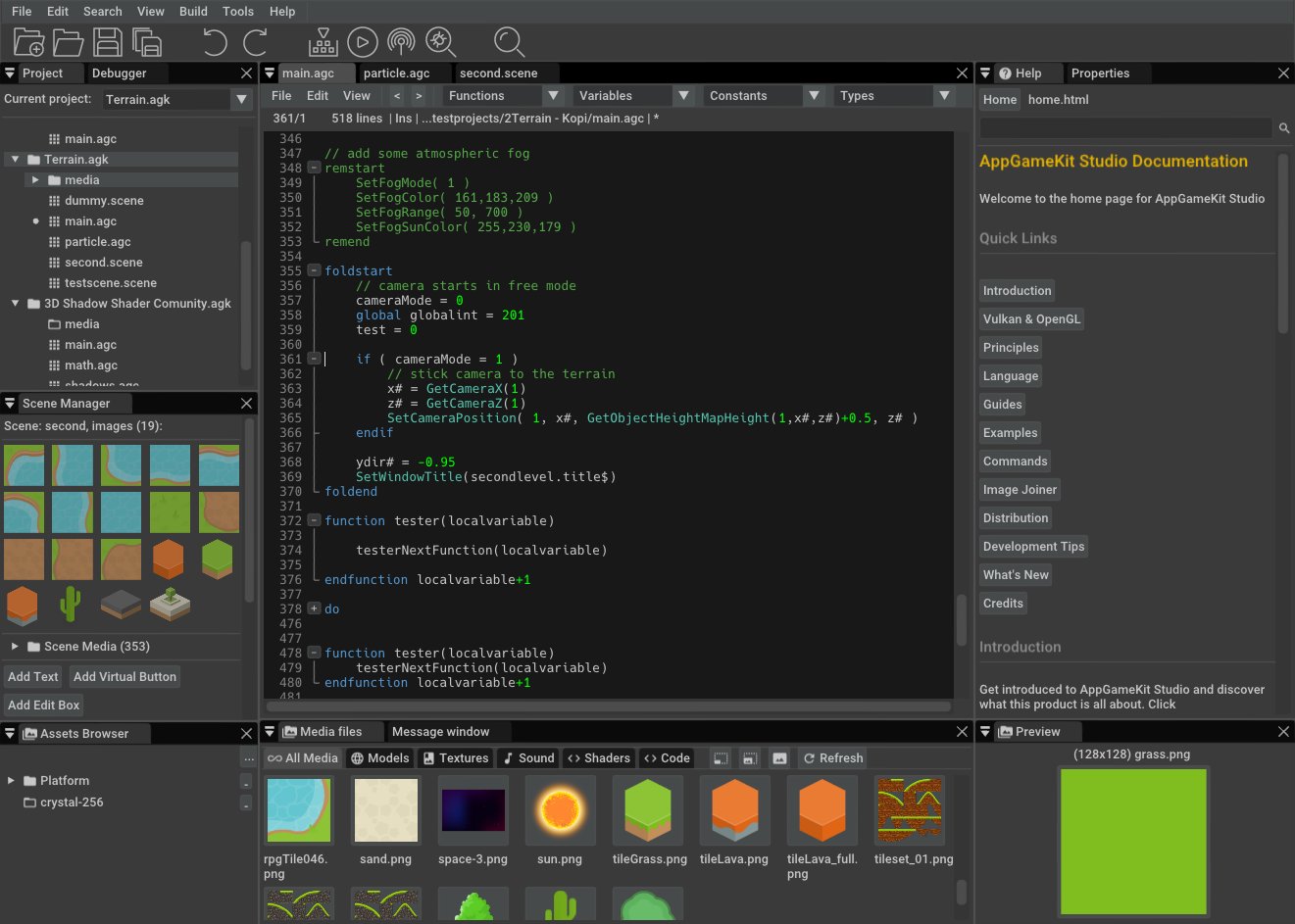 Code Folding is now available in this new release

We hope you enjoy this HUGE update. Please report any issues you find in the AppGameKit Studio GitHub Issues Board.