Lee is a co-founder of TheGameCreators and is the technical lead on all aspects of game engine development. He has over 30 years of programming experience spanning the early days of 8-Bit computing through to modern day 64-Bit architecture and can code in 12 languages. Lee has collaborated with top technology companies such as Nvidia and Intel and was involved with the very first version of LEGO Mindstorms which enabled kids to program their own Lego robots.

Lee has a passion for coding and creating game development tools in particular, and currently holds the status of Intel Black Belt developer for his contributions to next-gen technology development in software. 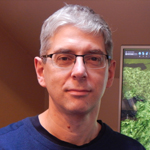 Rick is a co-founder of TheGameCreators. He manages the day to day scheduling of development work, liaises with the dev team and manages the business’s accounts, amongst many other operational tasks and challenges.

Rick is the realist within the team, keeping expectations managed and projects on schedule. His current focus is producing AppGameKit Studio – our latest game development tool. 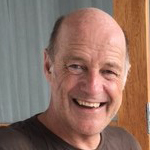 Meash started his professional career as a Chartered accountant before developing his family publishing business, Europress, into a top 5 UK Software Publisher with a £20million+ turnover. Europress was sold to Hasbro US in 1999. Meash joined TheGameCreators as Strategic Director and brings publishing, strategic management & financial experience to the team.

With a career of over 30 years in the software industry, the challenges and excitement to develop market leading brands in such a fast-moving industry is what drives Meash. His enthusiasm commitment to succeed and level head are matched by his focus on customer satisfaction being of paramount importance. 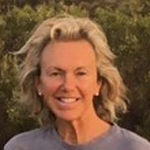 Deborah has specialised in marketing and branding for over 25 years, shaping her expertise by working with some of the UK’s best-known professional services brand names in both business to business and business to consumer sectors.

She leads the marketing and communications for all our products and, with 13 major re-brands in the commercial world under her belt, is our brand guru. 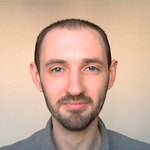 Paul specialises in the technical challenges that come up during development; like trying to get the best performance whilst keeping things easy to use, and making things run on the various platforms and devices that we now support. He enjoys finding 'elegant' solutions to problems and has most recently been designing the new Vulkan rendering engine for our AppGameKit Studio product. 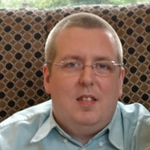 Mike has been involved with TheGameCreators for many years working on projects such as DarkBASIC, DarkBASIC Pro, Dark GDK and FPS Creator. In Mike's early years working for TheGameCreators he primarily focused on DirectX and engine work. As time passed he moved onto developing or porting many games for mobile devices such as RetroShoot, DropSum and Smack It before moving onto assisting the development of AppGameKit by writing documentation and tutorials.

Mike spent a few years away from TheGameCreators and in this time developed a cross platform 3D engine for a horse racing game using C++, DirectX 9, DirectX 11 and OpenGL that also supported the Oculus Rift.

Mike works primarily on the Driving Test Success range of apps, which use AppGameKit, including the Driving Theory Test 4in1 kit – Apple’s No 1 paid for app of 2018.