Welcome to the first June update to GameGuru MAX!

The main improvements in this build are focused on the Marketplace system and the Particle effects.

Thumbnails are larger to help you see the featured assets and the Importer is now accessed from the object library for quicker access and to release space for the main screen. We've also improved the UI of the download screen. The preview thumbnails download one at a time, fixing the pause when first enter marketplace. 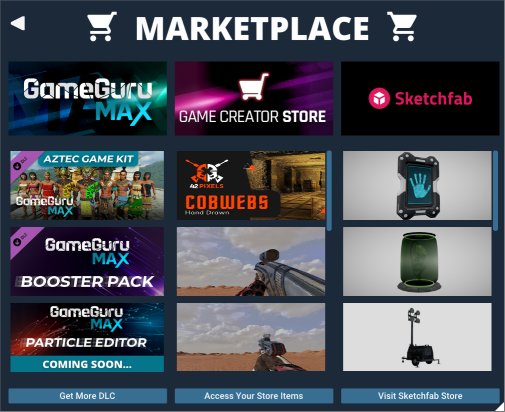