Not much, unfortunately.  Work goes on behind the scenes, so I hear from those in the know. I cannot divulge the specifics, unfortunately.  Nothing on GitHub but some excellent stuff is coming, near as I can tell almost a generational leap for GameGuru. Time will tell from a public view but all I can say is that from my viewpoint I see a lot of things clicking together right now in a way I haven't seen since early 2016 or so.

Wolf has released a massive 2019 Sci-Fi pack and I own many of these already. I use them with regularity but a few new items also appeared in the form of a 'booster kit'. 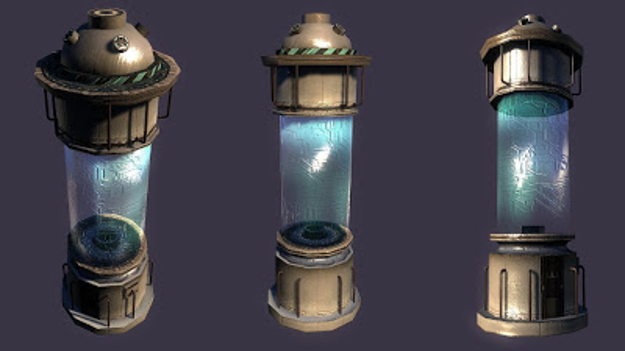 Just one of many of the superb assets in the booster pack!

You can get your copy here: https://www.tgcstore.net/product/33832

On to another favorite - a fantastic 'torch light' script by Teabone.  I have to say as someone who wrote up a whole LightKit of my own, I'm impressed by the simplicity and function of the torch kit. Check out this video for an idea of what I mean:

This script is a total bargain at $2 for any fantasy project: https://www.tgcstore.net/product/33858

It bears reiterating that 'Bored of The Rings', a forum user, has been developing many excellent tools that are pretty much required faire for anyone serious about using GameGuru at this point.  They are reasonably priced, and I highly recommend picking up your own copies.

This is the heightmap importer he's diligently worked on which is now up to version 5! https://forum.game-guru.com/thread/221333

This is the FPSC autowelder tool which can LITERALLY IMPORT ENTIRE LEVELS FROM FPSC INTO GAMEGURU: https://forum.game-guru.com/thread/221285

It also can pull dynamic entities, weapons, etc over.  It fits a critical pipeline for those building indoor scenes - you can build your indoor scenes in FPSC and import them into GameGuru.  Really quality stuff.

In the interim, I know cybernessence (another GameGuru user) has been working on some amazing things of his own.  Per his words:

"Just added wake effects for ships and water and sky (sky scroll clouds) transparency based on configurable co-ordinates so airships can punch through cloud layer and subs can dip below the waterline without texture plane intersects. Looks pretty good. Added numerous lua lcommands such as getting limbs for HUDs, so can add particle effects to FP hands and weapons. Loot chests are now populated by 'add entity' commands - so money (or any asset) can be dynamically loaded at run time ... lost count of all the changes made to make the game better now to be honest"

I for one am still praying he'll include some of those in the core branch of GameGuru on Github.

Nothing I could find this week, sorry! 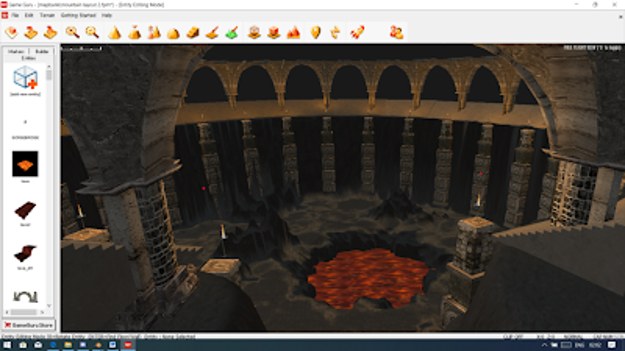 The above is apparently a boss fight arena. 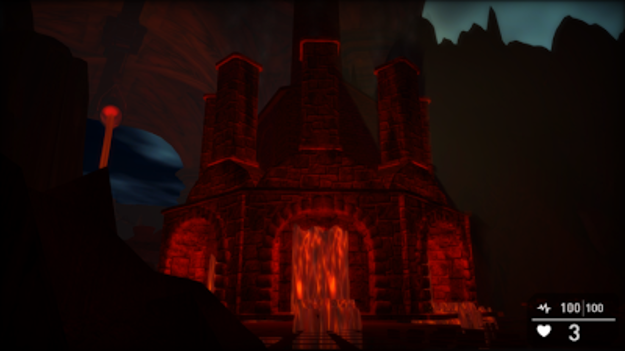 I love the dark and red look he's put on using some custom assets and lighting.  Great work!

Avenging eagle's interesting game with torches and lighting as a core mechanic is coming along splendidly:

And lastly we have more teasers from Duchenkuke's fantastic Dark Skies game:

I've been getting back into the swing of working GameGuru intermittently now that life is making more sense!  I want to thank everyone who has purchased my book, I want you to know it's been very fulfilling to provide something that so many are able to own and appreciate!

My more current works will involve some scripts being released on the store (two of them for free) in the near future.  So keep your eyes peeled!