Another pack (this time, a fairly recent one) got updated, notably the 'Antiques in the Attic' DLC.
Details can be found here: https://www.thegamecreators.com/post/gameguru-antiques-in-attic-dlc-updated

Of particular interest, however, was a recent thread on the forums which had some interaction with Lee specifically detailing his plans for GameGuru in 2019. The debate has been fairly heated, but this was the most recent information he dropped on the product's direction: https://forum.game-guru.com/thread/220354?page=2#msg2611108

Mostly he's pointing at forking the code into 'code fixes' and 'new features'. This is a smart move, one I'd recommend doing ASAP.  The code fixes branch needs to be really buttoned up. 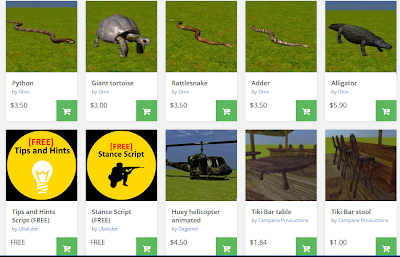 Gtox put together some more reptiles!

Dagored is back on the scene with a really beautiful Huey helicopter that is actually an object that can attack you!  It's pretty fantastic and well worth an add if you're doing a modern-style shooter.

There's some new scripts in game collectibles, and music as well.

Someone finally put together an 'entity bank search tool' - thank god for that.

DuchenKuke put together a fairly solid tutorial on how to add grass to GameGuru.  Check it on youtube here:

Good lord.  Normally I'd cover all of it, but there's just too much this week.  Do yourself a favor and pick up a tank, subway station, converted FPSC assets, an enemy, and more.  The forum is chock full of goodies this week! https://forum.game-guru.com/board/25

This is another high test week for me so I'm going to only put up the few screenshots I've aggregated over the past few days.

Foremost we've got this beauty by DK: 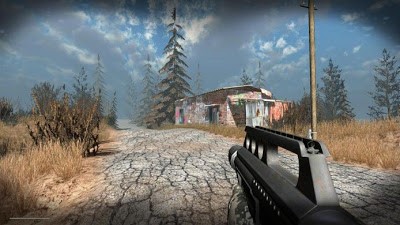 That is shockingly good!  Note the use of vegetation and the really well applied artistic color palette.

Cybernessence really put his heart into his Cogwheel Chronicles game and the latest update has a HUGE amount of extra goodies in it that might make it into the final engine release: https://forum.game-guru.com/thread/213870?page=5#msg2611195

And lastly wolf has finally given Acythian it's own tab on his website along with a proper indiedb presence!

Well, I'm getting beat up, frankly. My editor, a good friend who of some years had nearly a decade in the Australian gaming mag as a vice editor.  He really wasn't terribly impressed  by some of my writing style and it's been an ugly past few days trying to clean that up.  I have my hands full.

As we approach finality where I can submit this, I have so much more work to do afterwards including tutorial levels and the like.